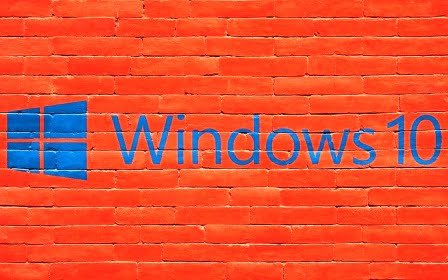 Microsoft has released the June Release Preview cumulative update for all versions of Windows 10 and Windows Server versions 1809 and 1909, which fixes issues with VPN failed and blurry text on the News & Interests taskbar buttons.

The update is part of Microsoft’s June 2021 monthly “C” update, which allows users to preview upcoming updates and improvements scheduled for the upcoming July 2021 Patch Tuesday.

After you install the KB5003698 non-security update, you may encounter issues with system and user certificates when updating from Windows 10 1809 or later versions through older update media.

More information about the types of updates Microsoft releases monthly can be found in the Windows 10 Update Servicing Pools Primer.

With the KB5003698 Monthly Release Preview update, Microsoft addresses an issue that could cause VPNs to fail after renewing user self-enrolled certificates with a “No more files” error message.

It also fixes an issue that could cause audio loss when connecting a second external monitor to the system and a bug that caused the system to receive a 0x3B error when using AppLocker to validate files with multiple signatures. it occurs. can be set.

KB5003698 also addresses a known Windows 10 issue that causes FLAC encoded music files to become corrupt and unusable after changing their title, artist, or other metadata.

Last but not least, the update fixes a bug that caused the “News & Interests” text on the Windows taskbar to become blurry after installing Windows 10 Update KB5001391 or later.

Other highlights included in this update:

Windows Update addresses an issue with the search box graphics on the taskbar that occurs when you right-click on the taskbar and turn off News & Interests. This graphics issue is especially visible when using dark mode.

Addresses an issue that can cause a Stop error when you run SmbConnectStress for a long time.

KB5003698 Windows 10 Cumulative Update is considered optional, and will not be deployed automatically because it is a preview update.

To install it, you need to go to Settings > Update & Security > Windows Update and ‘Check for Updates’. You will then be able to download and install the update from the ‘Optional updates available’ area.

Here is a complete list of the major quality fixes and improvements that come with this update:

An issue that prevents sorting from working properly when multiple versions of National Language Support (NLS) sorting are used.

A performance issue in the MultiByteToWideChar() function that occurs when it is used in a non-English locale.

Addresses an issue that fails to properly manage memory related to touch input before the user session ends.

Addresses an issue that results in out-of-date group membership lists. This issue occurs because the Group Policy Service (GPSVC) performs sparse updates for Windows Management Instrumentation (WMI) sessions. As a result, it slows down the propagation of changes made to user or group memberships by an Active Directory (AD) administrator.

Addresses an issue that causes Windows to stop working when it uses App Locker to verify a file that contains multiple signatures. The error is 0x3B.

Set-RuleOptions addresses an issue with a PowerShell command that fails to provide an option for the Windows Defender Application Control (WDAC) policy, which treats files signed with an expired certificate as unsigned.

Resolves an issue causing BitLocker to go into recovery mode after updating the Trusted Platform Module (TPM) firmware. This occurs when the “Interactive logon: Machine account lockout threshold” policy is set and incorrect password attempts were made.

Addresses an issue that prevents some screen reader apps from running when hypervisor-protected code integrity (HVCI) is enabled.

Resolves an issue with Internet Key Exchange (IKE) VPN service over Remote Access Server (RAS) servers. From time to time, users cannot connect to a VPN server over the IKE protocol. This problem may start several hours or days after restarting the server or restarting the IKEEXT service. Some users can connect while many others cannot because the service is in DoS protection mode, which limits incoming connection attempts.

Addresses an issue that causes a VPN to fail after a user renews a self-enrolled certificate. The error message is, “There are no more files”.

Addresses an issue that causes audio loss when you connect a second external monitor.

Addresses a metadata encoding issue that may cause Free Lossless Audio Codec (FLAC) music files to be unplayable if you change their title, artist, or other metadata. For more information, see FLAC encoded music file is corrupted when metadata is edited in Windows Explorer.

Addresses an issue in Adamsync.exe that affects syncing of large Active Directory subtrees.

An error that occurs when the Lightweight Directory Access Protocol (LDAP) bind cache is full, and the LDAP client library receives a referral.

Redirector stop error that is caused by a race condition that occurs when the system removes binding objects when the connection is closed.

Addresses an issue that can cause a Stop error when you run SmbConnectStress for a long time.

issue that prevented users from setting or querying disk quotas on C drive.

Addresses an issue that causes blurry text on the News & Interests buttons on the Windows taskbar for certain display configurations.

Addresses an issue with the search box graphics on the Windows taskbar that occurs when you use the taskbar’s context menu to turn off News and Interests. This graphics issue is especially visible when using dark mode.