You might be thinking about which Linux OS is best. To get started in 2021 and which is the most beautiful Linux of 2021. In this Article I will explain you which Linux OS is best and wonderful and beautiful. Is based on my research on Linux forums and all these distros can be used from naïve users to high-end users. to get the taste of Linux distro in 2021.

Which Linux OS is best: The Top Wonderful Linux Distros of 2021

This is gorgeous and the most beautiful. This is a very close to the user interface of the latest mac OS 11 big sur deep in OS version 20 uses the latest version of a deep in desktop environment. Which is a fantastic and eye pleasing Linux distro that provides an immersive mac OS look alike user experience.

Every element of typing OS has been taken care of and crafted very well and looks like a big serve from doc menu to launchpad everything. looks fantastic I mean just have a look at the start menu the background blur with a crisp text makes deep in OS a super stunning Linux distro. you may find the customizable dock along with that you can change. 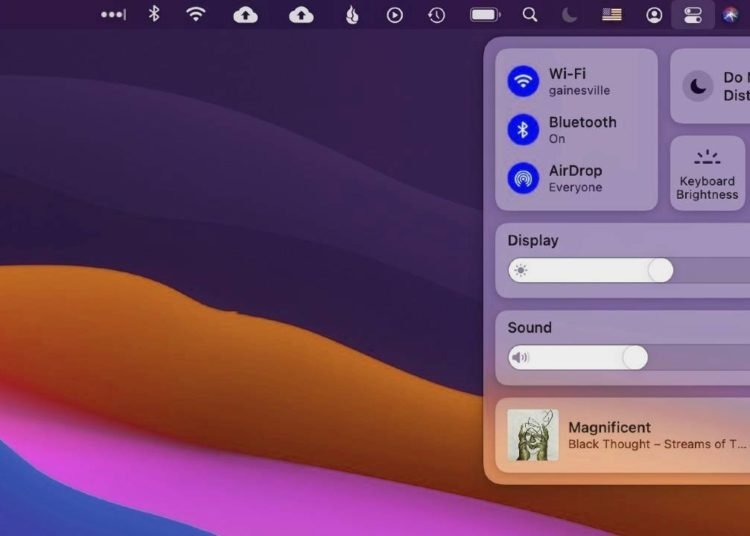 The way it should look by changing 8 different desktop modes deep in desktop environment allows you to customize the look of the desktop. By changing the system themes wallpapers as well as x in colors one of my favorites of typing OS version 20. The notification center which looks incredible though it doesn’t look like the revamped notification center of mac OS pixel.

But still, it does look awesome when it comes to system applications of typing OS it comes with all basic necessary tools like a video player finder. office toolkit and many other useful applications which helps you in getting started with dipping OS very easily. deep in OS uses a Debian package mechanism to install or remove any software packages.

Also, there is an app store available where you can find out thousands of applications. To download overall i would say look wise deep in OS version 20 is the most gorgeous. And incredible Linux distro which is the most addictively accessible that i have ever

used wise you need to have a better hardware. With at least 4 GB of ram to unleash the full potential of this Linux distro. There are no compliance in terms of performance it handles everything very easily.

And i can say it is a super stable distro that you should try. Elementary OS is a reliable and robust Linux distro that looks very similar to mac OS Mavericks. this distro is designed to look like a retro mac OS and provides a cutting-edge user experience. elementary OS is based on ubuntu lts with pantheon desktop environment in one word. elementary OS is a combination of ubuntu with a pantheon desktop environment. along with that you would get a standalone feature from elementary developers. when it comes to the user interface as I said this distro reminds me the retro version of mac OS.

Take a look at the dock the applications menu the calendar and system control everything looks magnificent.

When it comes to multitasking using the hard corners control option you can view all the running applications these hot corners. Gives a full power to the end user that helps in quickly doing some actions by hovering the cursor to the edge of the screen.

Since this digital is based on ubuntu Its you can use apt and Debian package manager to install or remove the packages. also, there is an app store available to download thousands of useful applications.

Overall I would say if you are a long-term mac OS user or looking for a retro based mac OS. Look-alike Linux show then definitely this one is made for you.

You can expect this digital performs like a charm but keep in mind this distro uses a lot of system resources to run very smoothly. Apart from that elementary OS is a super stunning Lexus show that can be used for coding to general purpose. Manjaro is one of the best arch based next distros that provides a high performance desktop experience for both laptops and pc. I would say this is the best in class when it comes to power if you’re coming from windows 10 Manjaro is going to be the best supplement. For your necessities for naive users I would suggest installing a gnome edition of Manjaro that is very easy to use.

It resembles a quite similar look to windows Gui and is much responsive the built-in layout application. you can choose a different layout of.

The desktop that makes user experience more flexible. The standard normal layout explicitly looks similar to windows Gui. It features a start menu where you get to see all the installed applications in the system.

The taskbar as well as system controls also Manjaro has a huge collection of software available in the arch repositories. you can either use a command line tool called pacman to install any package. Or you can use a graphical tool to download and install any software.

The team of Manjaro has simplified the way of installing a third-party software in a much easier way. Meaning you don’t need to download any software from the browser and extract it to install instead. They are already made available from the software center. This would be pretty useful for beginners to download and install any package along with the dependencies very easily.

kernel right from the built-in system. Application called Manjaro settings overall i would say unlike other Linux operating systems. Manjaro Linux provides a full control over your hardware without any restrictions.

And this is the number one links to show that you can use blindly if you’re a sort of getting into the Linux field. 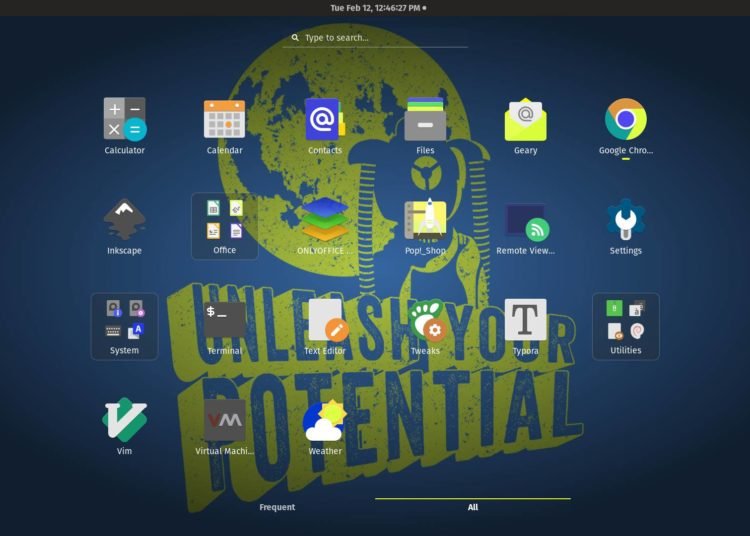 the end users. The team behind made this next show and delivers a minimal user experience. When it comes to the user interface pop OS comes with a finely tuned gnome desktop. The overall user interface

looks very natural and the default pop theme has applied throughout the system.

That looks fantastic pop OS uses a mint accent color. Throughout the system combined with a modern font that attracts the end user. Also pop OS comes with a built-in dark theme and nightlight that can be used at night times. The default gnome experience on the top of pop OS is much much faster than other gnome-based distros.

everything is super snappy the animations are quicker and transitions are a lot quicker throughout the system.

Firefox mail office toolkit and more. And some of the useful applications for naive users are included such as usb flasher any package manager. And more since pop OS is based on ubuntu we can either use apt or flat pack mechanisms to install any software from the terminal. Another way of installing apps in pub OS

And can be installed with one simple click. Overall I would say pop OS is the fastest and powerful ubuntu based desktop distro. With a gnome desktop that provides an impeccable user experience to the end user. For thOSe who are looking for a distro that never lacks then this is the one you must try. 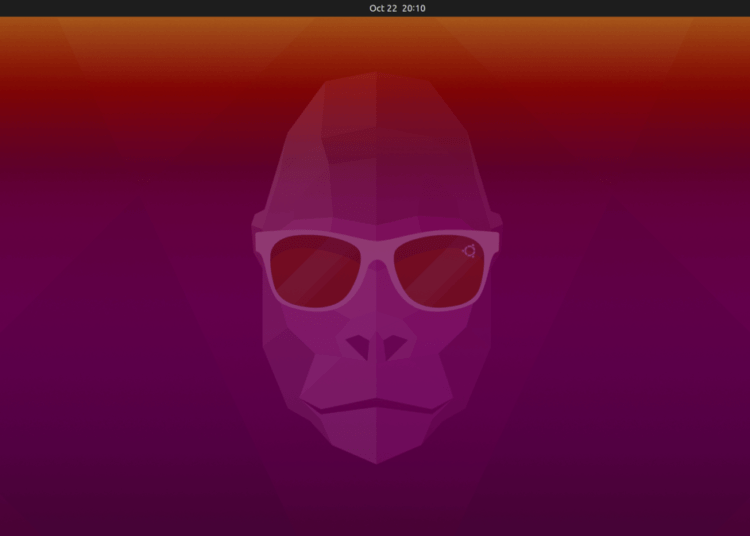 a super sleek user interface. And incredible features that comes preloaded out of the box.

added a blur effect throughout the system.

And the super fancy animations that flow throughout the system attract. The user while navigating the system Gui in other words it is a well customized kde plasma with a beautiful theme. Apart from Gui this digital features a btrfs file system. Instead of xt4 btrfs is a copy on write a system intended to addresses a various weakness in current Linux file systems.

The primary focus points of this distro include a fault tolerance repair and easy administration. a few of them include it comes with automatic snapshots out of the box. Using a time shift go to the settings

manager to tweak the system and lot of gui tools. That are pre-installed since this distro is based on app

manager to download or update the packages. overall i would say garuda is a rolling Linux show that receives the latest software from time to time. Also keeps your system up to date from naive users to beginners anyone can use this distro for their workflow.

6- Which Linux OS is best: Ubuntu

Ubuntu is one of the best Linux distro for getting started into Linux operating system. This distro has gained huge popularity in the Linux industry. And thanks to the growing community of ubuntu for working

immensely to improve the system. Ubuntu comes with gnome as a default desktop which looks very minimal and provides a super-fast lag-free user experience.

Throughout the system while navigating you may feel the OS seem to be optimized better in the latest version. Along with the gnome desktop you do get a gtk based application.

Such as a thunderbird mail, Firefox browser office toolkit, media players and more. All these basic pre-installed applications. Since ubuntu is based on Debian you can use the apt package. Mechanism to download the software via terminal another way to download software is through the app store. Ubuntu app store provides a ton of free applications that you can download for free. overall i would say ubuntu comes with a long-term release.

Means once you install the software on your computer. You will be able to get the software and security patches for up to 5 years. This keeps your system up to date and all the latest features will be shipped to the system from time to time. From basic users to high-end users ubuntu is a sweet spot to get started into exploring Linux and that’s pretty much.

It these are the list of top wonderful Linux distros of 2021 that you should try. Let me know which one is your favourite in the comments box.

You Know How to Fix?

How can repair the ubuntu machine

How to install Snipe-IT on Ubuntu

I’m pretty excited about the upcoming release of the PineTab as it’ll arguably be the primary real Linux tablet there’s...

How to Use GMail Offline