INTERNET DOWN: MANY OF WORLD’S BIGGEST WEBSITES CRASH, INCLUDING AMAZON, UK GOVERNMENT AND REDDIT 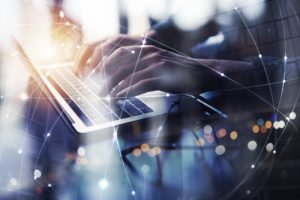 The UK government website is one of the numbers on Tuesday morning reporting the error message, which appears to be a worldwide internet problem.

Websites of several major media companies including the Guardian, the Financial Times, The Independent and the New York Times were also down.

Anyone trying to access the gov.uk site was given the message “Error 503 Service Unavailable”.

The Guardian tweeted: “The Guardian’s website and app are currently being affected by a widespread Internet outage and will be back as soon as possible.”

The outage appears to have been caused by a problem with a content delivery network (CDN), a system used to host websites and their content on the Internet and serve it to users.

Increasingly, one of the world’s leading CDNs has reported a major outage in its global network, which is believed to have caused the outage.

The company offers services such as speeding up loading times for websites, protecting them from denial-of-service cyber attacks, and helping them deal with traffic bursts to stay online and stable.

The US-firm has confirmed that it is “currently investigating the potential impact on the performance of our CDN services”.

The Truth About SUNDAR PICHAI BIRTHDAY TODAY In 3 Minutes