So today we are discussing Adobe Flash Player Alternative Windows 10, Adobe Player is considered to be one of the best and most popular Flash players. However, over the years Adobe Flash Player has greatly reduced security for users. Users are no longer willing to be removed from Flash due to security flaws. But, what are the other options?

Adobe Flash Player is a very important software, and is used for playing videos, transferring images, and other animations. Many online games support Adobe Flash Player, and you cannot do live streaming without installing Flash Player. There are many Adobe Flash Player Alternatives available on the web, and it depends entirely on where you want to use them.

So, let us tell you the names of some Adobe Flash Player Alternatives, which also support in Windows 10.

Lightspark: is an LGPLv3 licensed Flash player and browser plugin written in C++/C that runs on Linux and Windows. It aims to support all of Adobe’s Flash formats.

SuperNova Player: SuperNova Player allows systems to play .SWF files in a standalone player launched from any browser. The Google Chrome™ browser and other browsers are phasing out support for Adobe® Flash® Player, with Chromium Version 76+ targeting removing the current click-to-play functionality by July 2019. As a result, without a replacement player, hundreds of thousands of web games and web content will no longer be usable by most users.

Gnash: GNU Gnash is the GNU Flash movie player — Flash is an animation file format pioneered by Macromedia which continues to be supported by their successor company, Adobe. Flash has been extended to include audio and video content, and programs written in ActionScript, an ECMAScript-compatible language. Gnash is based on GameSWF, and supports most SWF v7 features and some SWF v8 and v9.

Ruffle: is a Flash Player emulator written in Rust. Ruffle runs natively on all modern operating systems as a standalone application, and on all modern browsers through the use of WebAssembly. Leveraging the safety of the modern browser sandbox and the memory safety guarantees of Rust, we can confidently avoid all the security pitfalls that Flash had a reputation for. Ruffle puts Flash back on the web, where it belongs – including iOS and Android! i think this one is Adobe Flash Player Alternative Windows 10 we can say.

BlueMaxima’s Flashpoint:  Flashpoint was started in January 2018 by BlueMaxima in an attempt to outrun the disappearance of content prior to the death of Flash. It has since evolved into an international project involving over 100 community contributors, encompassing both webgames and animations created for numerous internet plugins, frameworks, and standards.

Shubus Viewer:  is unique of its kind utility which allows create texts and HTML pages, view pictures, play games. Shubus Viewer represents Shubus Corporation’s point of view, how user-friendly application should look really. Shubus Viewer has same area of using as Notepad and Lister. It has convenient interface, which shows only the appropriate items. It allows you to edit text and view multimedia content. Also, it supports binary and hexadecimal content view. 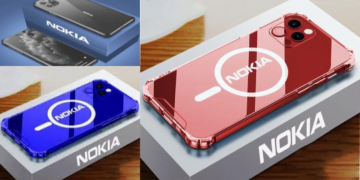 Google Assistant communicate like a human along with your smartphones